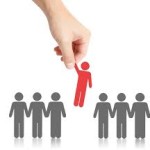 I’m THAT good of a recruiter!!

Okay. I’ve been in business over 10 Years, and I have done some pretty great stuff. I’ve recruited positions from Scientists to C-suite individuals. What I have NEVER done was recruit for a government or “related” agency.

I walked into a meeting about a month ago, and the woman sitting at the table asked me if I had a functional website? I said “yes”, and gave her the address of www.cortexhr.com.  She seemed a bit perplexed and a bit hesitant to say her next sentence, which was “Are you a member of ISIS”?  I said pardon?

I went from the meeting back to my office and surfed over to my website.  Sure enough, my skills as a recruiter were so well known that my page was taken over by a great flag of ISIS and a song playing in the background.  The words on the front of the page basically pledged my love and devotion for the terror group.

The fact that I live in Canada didn’t really mean anything to me.  So, I called the FBI in Ottawa, who spent a bit of time with me and said I may be hearing from others.  Sure enough, RCMP called a couple weeks later and told me that the FBI may be back in touch, but I have nothing to worry about!  Oh, he went on… The NSA is going to be informed as well…

So, I guess ISIS can bring some good into the world.